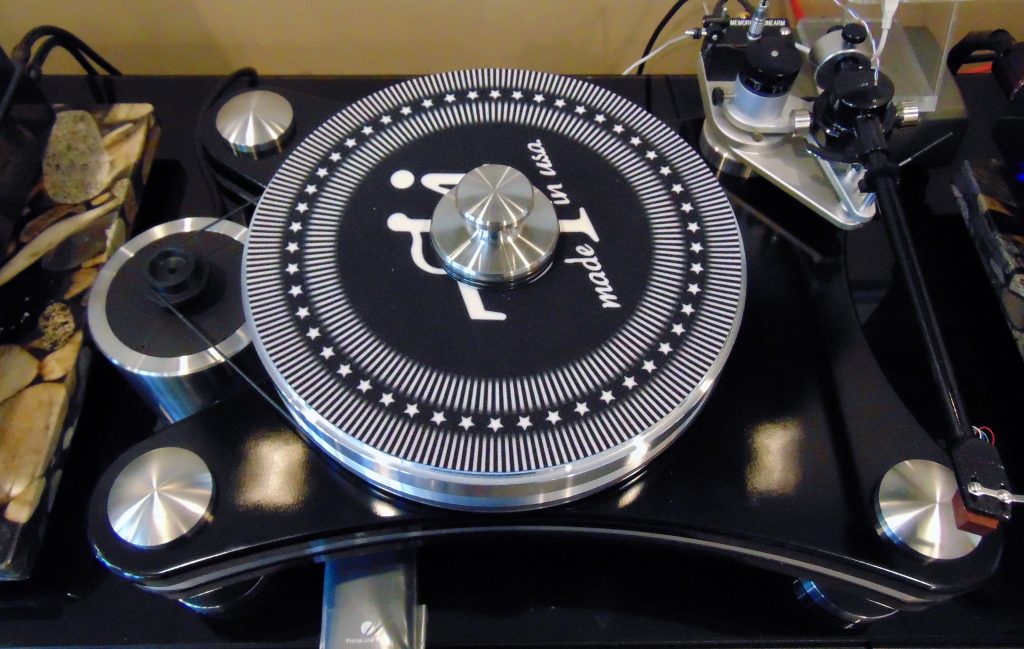 Put A Spin On Your Music!

Turntables have been putting a spin on music since the late 1800s. Also commonly called record players or phonographs, they remain a highly popular way to listen to recorded music, despite the introduction of new audio formats over the years.
Turntables remain in demand because they are necessary to play phonograph records, and records are still in demand because they produce such high-quality sound.

The audio experts at Kazoo Audio know Turntables. We can help you choose a turn table to keep your vinyl spinning and turning out rich sounds. Our passion for music is only rivaled by our passion for helping our customers realize the benefits of putting music in their life through the high end products we feature.

Many music aficionados believe that records offer a richer, truer recording of a musical performance than do digital formats, such as compact disc or Mp3. Many listeners don’t even mind – and even relish in – the diminished resonance of well-worn, scratched records. Some DJ’s have found a different way to use Turntables, intentionally scratching records and revising their music by other means to experiment with sound they can produce.

When Emile Berliner introduced his disc-playing turntable, called a gramophone, in 1895, its only competition was a recording and playing cylinder invented in 1877 by Thomas Edison and revised by Alexander Graham Bell.
Through the years, the turn table’s hard-rubber discs were replaced by shellac and then vinyl records, and the turntable continually faced competition from new audio technologies. More than a century after its invention, however, the turntable still spins favorite tunes.
Kazoo Audio has a long track record of helping vinyl enthusiasts find the perfect turn table to keep their records spinning. Stop in today and let us help you get the best sound out of your valued vinyl collection.

Modern Turntables are versatile and able to play various record sizes. The most common sizes are the large, long-playing, or LP records, which rotate 33 1/3 revolutions per minute on Turntables, and the smaller 45 rpm records. Some Turntables play 78 rpm records – an older vinyl format.

Don’t worry about your turn table running out of records to play. New records are still being produced in numerous genres, classic albums are often reissued, and vintage records are available at auctions, thrift stores, and garage sales for the discerning collector to discover. From concept albums to 45s with A-side chart-toppers, records suit every taste.

Some recordings are available only on vinyl, requiring Turntables to play them. Likewise, some records are rare collectibles. Besides featuring song lyrics on their sleeve liners, many LPs boast intriguing covers with inspired artwork, making them highly desirable by collectors.

Contact us today if you want to truly experience music, not just hear it!